Veronica and the enamelled parterre 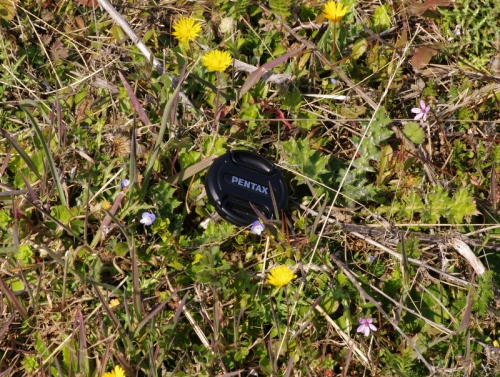 Beneath my feet: speedwell, hawkweed and stork’s bill

This is all about scale and distance. When I’m standing looking at the ground, there seems to be nothing flowering, just a lot of low leaf growth. But if I bend over and look closely, in the green around my shoes there are a few points of colour. Winter and early spring flowers seem to be mostly small – I suppose the plants are running on their reserves in swollen roots, or on the small amount of solar energy from the winter sun. So in this post I’ve tried to get closer with the macro lens and see how amazing these little flowers are. 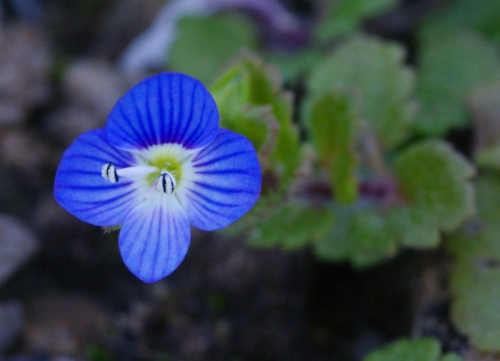 Here’s one of the prettiest, just visible in the centre of the first photo – but only showing its full splendour when photographed in macro and enlarged. It’s Veronica persica, Persian or bird’s eye speedwell, distinguished from similar species by its deep colour, prostrate habit and flower stalks longer than the leaves. I took this picture in January.

The way these flowers are studded in the ground cover reminded me of a garden in Wales:  the cloister garden at Aberglasney in Carmarthenshire, where small flowers were planted in formal grass beds or parterres, an effect called ‘enamelling’ – you can see Aberglasney here.  This garden fashion dates from around 1600, and contrary to today’s tastes, the ideal viewing point was thought to be well above – hence the raised stone walkway round the cloister, which originally caused some scratching of heads among the garden restorers at Aberglasney. This style of planting replaced the earlier formal garden habit of carefully shaped flower beds surrounded by box hedges, also best seen from a terrace or walkway above, and called compartiments de broderie. Embroidery, or enamel brooches: Nature was not only to be tamed, but miniaturised enough to be held in the hand. 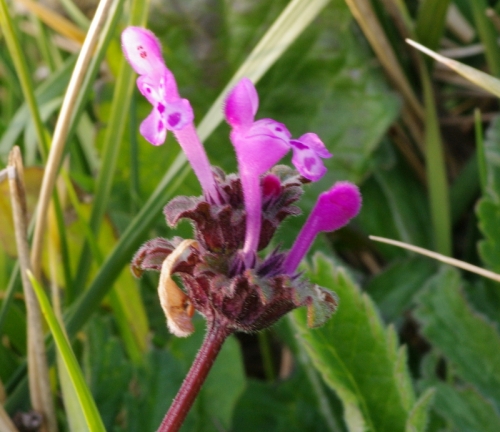 Anyway, for 21st-century tastes, on with the magnifications, and here’s another deadnettle I found this week. If you compare it to the plant in the last post, you can see that in this one, the henbit deadnettle (Lamium amplexicaule), the leaves are unstalked, enclosing the stem, and the flowers have a much longer corolla tube.

I also found another stork’s bill (Erodium) – I blogged E malacoides on 8th December here. This one’s E. cicutarium, common stork’s bill, also from January, though there are a couple in the right of the first picture too. You can see the characteristically pinnately-lobed leaves (lobes in rows each side of the stalk), deeply cut in this species, which also has fleshy stems. 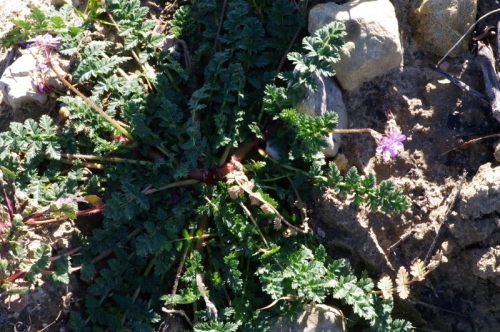 True Geranium flowers are often similar to those of stork’s bills, but the leaves are always palmately lobed in that genus, radiating like fingers from a palm.

Then a few puzzles. Here are some grape hyacinths coming up – but which ones? 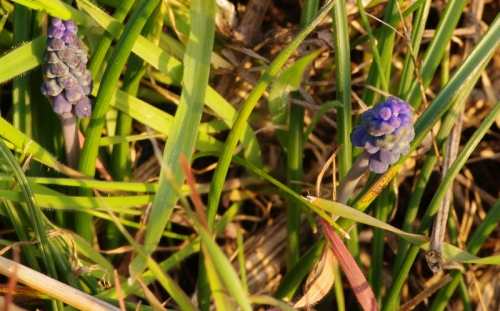 I’d have to go back when they’re fully open, but mostly here I see the tasselled Muscari comosum, which I blogged on 3rd September here. These could be Muscari neglectum – common grape hyacinth. Then a lovely spurge which I can’t identify till it opens fully. 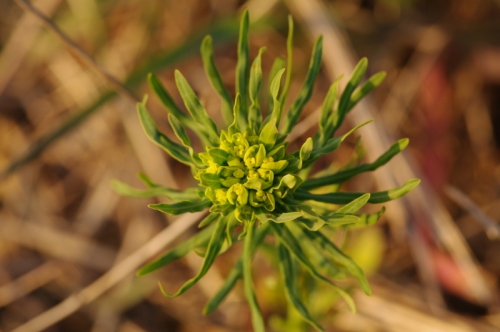 Spurge – Euphorbia – but which one?

On the opposite side of the road the yellow heads of Euphorbia segetalis had fully colonised a neglected vineyard (with a few beautiful big sun spurges – E. helioscopa). You know I have a thing about spurges, and this sight made my day. 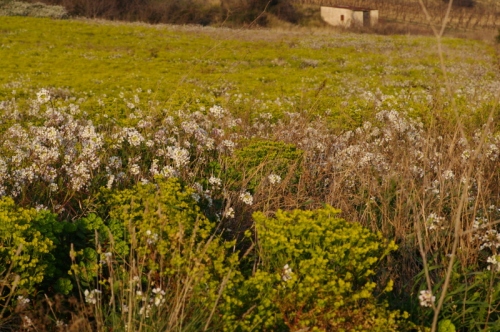 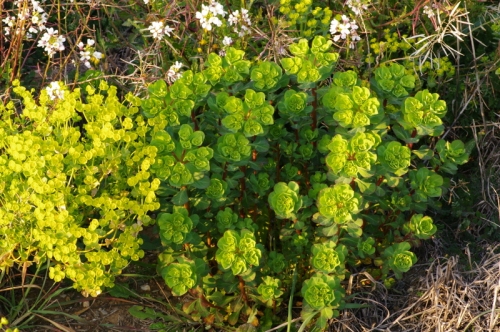 And finally you may have noticed the yellow composite flowers in the first photo – here are some more on a stony hillside: 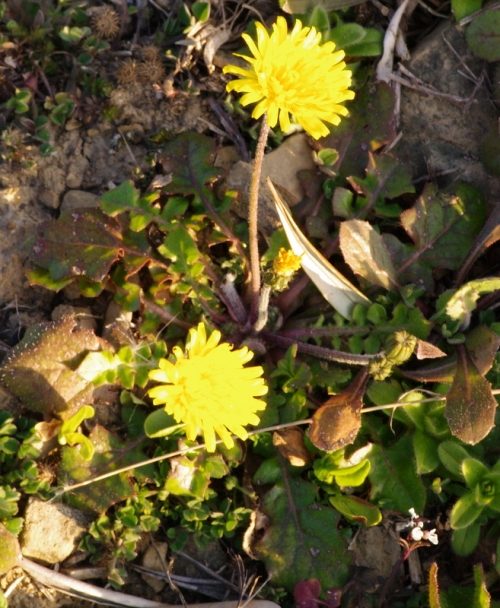 Hawkweed – a species of Hieracium?

I think they’re a species of hawkweed (Hieracium) but since there are at least 800 species I’m not going to try to guess which one. Curiously they can produce seed asexually, and thus produce lots of identical clones in a neighbourhood, and it’s hard to tell what’s a clone or variety and what’s a species.  If you count all the different forms described for this genus, there are 10,000!

Back to the title of this post and the lovely blue speedwell, this is ‘Veronica’, written by Elvis Costello with Paul McCartney, and about Elvis Costello’s grandmother. It’s on the album Spike (1989), his first album for Warners.  He had songwriting skill to burn in those days – so many strong songs on one album.  This version is from 1989, live outside the offices of his new record label, and acoustic, showing Costello’s fine vocals and driving guitar chord playing which still captures the song’s falling bass lines. The Warner Bros staff don’t look like the most responsive audience he’s ever had – no wonder he shouts ‘Back to work!’ at the end.